In football, a penalty kick is awarded if a player commits a direct free kick offence inside the penalty area. The penalty is a punishment for an infringement of the rules - rule 12 & 13 to be precise. It is like a capital punishment. For no fault of his, the goalkeeper has to face the football during a penalty kick !! Very unfair; but that’s part of the game. The football weighs roughly 450 grams and kicked at a speed of about 130 kilometers per hour from a 12 meter distance. The poor goalkeeper has to prevent the ball from going in between the goal posts which are 24’ apart.

The ball takes about 500 milliseconds to reach the goal line whereas the most agile goalkeeper takes about 600 milliseconds to reach from the middle of the goal line to the left or right side of the goal post. There is hardly a chance for the goal keeper if the ball flies close to the post and with elevation. There is such a tiny window that the goalkeepers must guess and hurl himself in that direction. But the goal keeper dives with intuition – to the right or left !! Why? Chaotic action is preferable to orderly inaction !! 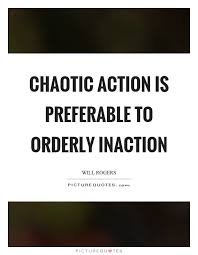 Lot of research has been done with respect to the statistics of the penalty shoot out and this is what they have tabulated and found. The ball was tracked from the origin of kick toward the goal posts on either side. The best position according to the statistics was to remain in the center of the goal line, for this position offers a better chance of preventing a goal !! It seems the probability of a goalkeeper stopping the ball was 92% if he doesn’t move from his center position. 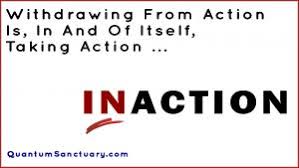 The reason, analysts say is because the goalkeepers playing professional football get highly paid and if they don’t move there would be enormous amount bitterness amongst the fans, team and it’s sponsors !! If the goalkeeper dives and as it happens most of the times even if the ball goes the other side and into the goal, people think, at least he tried his best !! There is not much that you can do when the football comes at 130 kmph from a 12 meter distance but you have to dive, because you are paid for that !! Bias for action necessitates the random dive !!

How often do we see the scenario in a corporate sector – when a newly appointed CEO, soon after assuming charge, almost immediately changes the entire matrix of the company. Portfolios are changed, transfers done, the whole company is swung upside down. The company that was doing well over the years started declining with attrition as well as plummeting of its stock prices !! Why? Instead of studying how the company was performing in the past and how the stability, stock prices, loyalty were maintained at the maximum, the CEO immediately acted. Just because he is occupying the highest chair and getting highly paid, he wants to revolutionize the company and take it forward to the next level instantaneously without understanding the tradition and culture of the company. The result is no wonder a steep fall !!

New marketing people change the brand advertisements that would have run for several years and people might find it hard to connect.

These studies helped me around five years back when my friend called me to say that his father passed away in his native village. The local villagers wanted my friend to take over from his father and be the village head to solve disputes etc.. My friend was an entrepreneur at Chennai then. His father, a landlord was a highly revered person not only in that village but in neighboring villages as well. Values were maintained, harmony reigned, people were happy and his recommendations were final in any quarrel or squabble or disputes or brawl or blowup.

The way he approached a problem was to hear both the sides, take time to understand it from both their perspectives and come out with a solution that would be good for both the parties. Harmony, peace and stability reigned in the village. I told my friend two things.

1. To observe, take time to understand; to come out with solutions considering a win – win situation, which is good for all.. If necessary to consult those who know values and the pulse of the village.
2. More importantly, the first 100 days are very important to create trust and that is the time not to take any rash and indiscrete decisions.

My friend happily reported after a year from then that he has started getting a good reputation in the village.

The same thing could be carried out in many areas of our life. When you don’t know which way the ball is going, stand still. Otherwise for all other purposes action is always better than inaction. The universe doesn’t give you what you ask for with your thoughts; it gives you what you demand with your actions !! Nothing happens till something moves but take the step after diligently considering and weighing all pros and cons.

1.Action is always better than inaction…
2. The first 100 days after any transition are vital; be it Marriage, Child birth, Bereavement, New company, New designation, New friendship, New house…
3. If things are going on well in your life, study the cause and sustain it.