The king of a huge empire knew about sage Kapila as having phenomenal insights. So he thought of meeting the sage and take guidance from him, which would help run his kingdom effectively and efficiently. The sage lived in a hermitage on the western ghats inside a thick jungle; not many have been able to visit him because the passage to his dwelling place was so dense and many who got lost never returned. 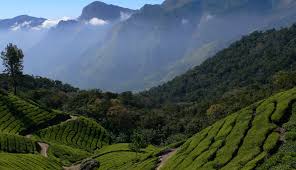 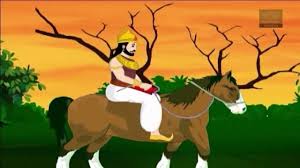 The king set off with a band of his ministers for the mountains to meet the sage. Three days and deep into the jungle they got lost. While they were pondering about which way to go from the wilderness where they got lost, they found a little boy grazing a horse. Perplexed upon seeing habitation, the king and his ministers rode up to the boy and asked if he knew where Sage Kapila lived. The boy nodded his head in affirmation. There was something in the boy which said that he knew more than just the sage’s dwelling place. So, the king probed him with details of the place, his interests, his parents, his friends, what he did during the day and so on…

For every question the king received crisp, splendid and sublime answers. The king half jokingly asked, “Son, you seem to be knowing too many things at your age, do you also know how to run an empire?!” The boy did not understand the question and the king slowly repeated the question again to the boy. The boy replied, “ Sir, I don’t know much but I guess, managing an empire would be similar to managing my horse !!” The king was intrigued and asked him, “and what makes you think like that?”

The boy said, “ Just like my horse where one has to ensure that nothing harmful is done to it so that it could bring about its (the horse’s) own vitality and exuberance, managing the empire must also be done in a similar way, isn’t it?”

The depth of the answer from the little boy astounded the king and his ministers. The king got down from his horse, went to the little boy and hugged him. You have cleared my vision. You are an intelligent boy. As soon as you think you are ready to work, please come and meet me, “I am the king of the empire !!”

The ministers asked, “ shall we proceed to meet the sage?” No, replied the king, “I already have the answer that I wanted to know !!”

Just like the emperor who had power to rule over his land, you have absolute power to rule over your life. A doubt came to the king whether he was managing the empire as well as he had to. That was why he thought of approaching sage Kapila, who could offer a holistic solution. And that is the same reason why we go to spiritual masters to seek their guidance. Problems are compartmentalized, solutions are holistic. The effects are many, the cause is one. A spiritual master would be able to tell exactly what has to be done.

The better way to progress is to reduce complexities and seek simplifications in life. It is just not learning about more and more new technologies, it is about avoiding things that are detrimental to you. When you remove un-essentials from the horse, it becomes robust and tough, when the emperor removes un-essentials the empire becomes flourishing and mighty, and when you remove the un-essentials, your life becomes lively and dynamic. Formula does not care who uses it but when applied gives the same results everywhere !!

These are the spiritual answers in this material world. Use the Shathi (inner power)that is within you, and use the power to transform yourself to living the Higher Life that you richly deserve.

Set aside at least five minutes everyday for introspection. When you pay attention to, you will be able to observe that a lot of your actions are really time-stealers !!

Remove the unwanted items from your house, discard things that you will never use, gift it to people to whom it would be useful. Remove at least one clutter from your life every day. This is called “Daily Loss !!”