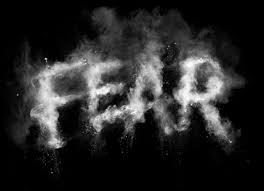 Fear is a neurological response to a perceived threat. When the perceived threat happens too often and if you accept it, the threat does not become a choice but a habit !! So even for a minor threat you get fearful !! Others are not as fearful for the same perceived threat as you but nevertheless are fearful of certain others !! A little amount of fear is necessary to escape from unfavorable circumstances but living under constant threat can have serious health consequences. Fear weakens the immune system and can cause cardiovascular damage, create ulcers, irritable bowel syndrome and decrease fertility. It can cause accelerated aging and premature death.

Swami Vivekananda was a key figure in the introduction of Indian philosophies of Vedanta and Yoga to the western world. Swami Vivekananda was an ardent devotee of Goddess Durga. One day when he was coming back after praying at the Durga temple in Saranath, a group of monkeys suddenly surrounded him and cornered him. They shrieked and howled; some of them intended to clutch his feet in order to bite him. Swami Vivekananda started running away from the monkeys. The monkeys chased him and were behind his heels. The faster he ran the faster they followed him. 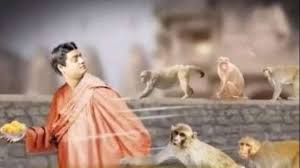 Swami Vivekananda did not know how to escape from the animals. One of the Sadhus going past said, “ O’ Swami, don’t run, instead face the brutes !!” These words brought him back to his senses. He stopped abruptly, turned back and fearlessly saw them. Now the monkeys were perplexed and petrified at the sudden change of scene. They turned and ran away !! Swami Vivekananda thanked the Sadhu and went his way with a new learning. “Be Bold, Be Strong, Be a Hero !!

This is an incident that happened to me more than a decade back during my working days in contracting. We were doing then doing large scale jobs in big establishments and factories. We were working for a large company situated far away from the city. Since it was far away the city, the entire set of our people including our supervisors and the workmen of our subcontractors were staying inside the premises of the factory. It was on one of those mornings when my supervisor called me to inform that one of our subcontractor’s workmen got electrocuted. He told me that the workman was dragging a live temporary tube-light fitting in a careless manner, tripped and fell on cement mortar and the tube light fell on him.

I asked my supervisor whether he had given CPR – Cardio Pulmonary Resuscitation. CPR combines chest compression with artificial respiration. He said “Yes” and when I asked him if he is breathing, he said, “No.” On hearing the news, I was stunned. I immediately left on a long drive towards the scene of accident. When I was driving I got a threatening call from one of the top officials of the company saying, “Remove the body from the factory and put it outside.” “I asked Why?” He told me, “Do as I say” -- maintain that the accident took place outside the factory and not inside.” He further warned me that if I say that it took place inside, he would sue me and our company. I told him clearly I would maintain the “Truth” and continued saying that “the body would remain inside.” I told him further, “ Together we will have to do whatever is necessary; but I won’t be cowed back by your threats.”

The body was taken to the hospital. It became a police case and a factory inspector case. Since we had insured all the people working for our company, the family of the deceased got the compensation as well as a good sum of money from our company. It was sad that a life was lost due to the negligent act of the deceased. Since the truth was said and without fear, and facts maintained the whole episode went off smoothly. As a result of boldly acting and abiding by the truth and fearlessly handling the situation, our company was awarded a major work by the same company - for our Integrity and straightforwardness.

The universal trigger for fear is the threat of harm – real or imagined. The threat can be physical or emotional. The fear starts in a place called amygdala. A threat stimulus by either a predator or something as recent as Covid 19 !! 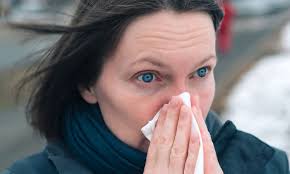 It activates areas in preparation of our motor function involved in “Fight or Flight.” Fear hormones are secreted by the adrenal glands, an endocrine gland near the kidneys. The fear hormone supplies blood to all the cells in the body which is extremely acidic. This is the work of sympathetic nervous system. However an irrational fear is called phobia.

Fear is because you are not living with life but are living in your mind. One part of your mind is memory, the other part is imagination. You are lost in your imagination, that’s the reason for your fear. If you are rooted in reality there would be no fear.

To eliminate fear, you could do the following:
1. Understand your fear and embrace it
2. Don’t act, instead just stay
3. Write down your fear
4. Visualize having conquered fear
5. Meditate
6. Have Gratitude
7. Get help
8. Have a positive attitude
9. Love all,
10. Faith and Fear do not exist together, Have Faith in yourself, Have Faith in God, and finally,
11. Face Fear, it Goes; Avoid Fear, It Grows !! 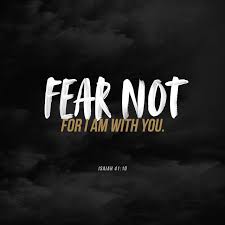