The acronym “Fear” means “False Evidence Appearing Real !!” While danger is real, fear is a choice !! If you are afraid of something, then you have not understood it fully !! The fear of fear is worse than the fear itself !! When you face difficult times, know that challenges are not sent to destroy you; they are sent to promote, increase and strengthen you.

This is the time when Covid 19 is actually ruling the world. The fear it has created is unimaginable. Fear of contracting the disease and the 3 lockdowns from 25-3-20 to 17-5-20 has kept the majority of the people inside their homes. 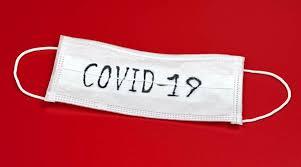 These lockdowns were required to enable people understand the disease and not to overwhelm the hospitals; besides understanding the pattern of the virus spread, the preventive measures one adopts to keep the virus at bay like social distancing, wearing mask, washing hands with soap/sanitizer, having Kabasura, a Siddha drink, regularly would keep Covid 19 out of bounds !!

Patience and understanding are required. We should remember that if we confront a lion in the jungle we have a problem; but if we have a machine gun in our hands that we know to use the lion is only in danger !! If we observe safety precautions always, eat healthy food, harbor positive thoughts and not see the television for long, we do not have to fear the coronavirus. 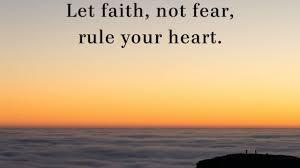 Facing what one has to face is important with a deep rooted Faith that God would not give anything which we would not be able to solve. Having Faith in the Creator, Faith in our medical team, Faith in the Government and very soon there would soon be a vaccine for this or after a while the virus would get mutated. Now is the good time for us to eliminate the fear totally and go about our work in a “New Normal” situation !! 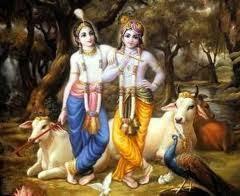 Mahatria has beautifully encapsulated a story from the Mahabharat which could be a “good parallel” to the situation we are facing. The story goes like this: Krishna and Balarama (Brother of Krishna)were walking through a forest. It was night time and they were tired. They made an agreement between themselves that each of them would take turns to be awake while the other one slept. First, Krishna went to sleep and Balarama stayed awake. 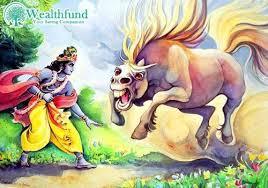 Krishna took the little monster and tied it up to the folds by a knot in his dhoti. The Sun did rise and the two of them started walking. Balarama told Krishna, “You know what happened last night when you were sleeping?” A huge monster appeared and threatened to gobble us both. I found it very tough to deal with him. Krishna took the little monster gently from the knot of his dhoti and asked Balarama, “ Are you talking about this monster?” Upon seeing the monster, Balarama was bewildered and shocked beyond belief !! He mumbled, “But, yesterday night this little monster was very big, how come it has become so small ?? Krishna smiled and they continued walking…

So, now from now on it is good for us to understand that any problem or predicament or challenge in life is given to us to make us become what we can become. Taking lessons from this story, we need to understand the fear and “FACE THE FEAR” Embrace “the new normal.” What cannot be understood, cannot be controlled. Understand the pandemic understanding that Fear is unreal go about your life doing your best. Your best is yet to come !!