At Frankfurt airport Bruce, a millennial was dragging his large suitcase, swaggering his hips, hearing music through his headphones, was walking coolly towards the counter for checking in. He was now and then looking at his flashy looking watch. Philip, a rich traveler was curiously watching the millennial with interest. The rich traveler wanted to know more about the watch which looked not only gorgeous but looked exquisite as well. So, he approached the millennial and asked him for time so that he could see the watch from a closer distance. 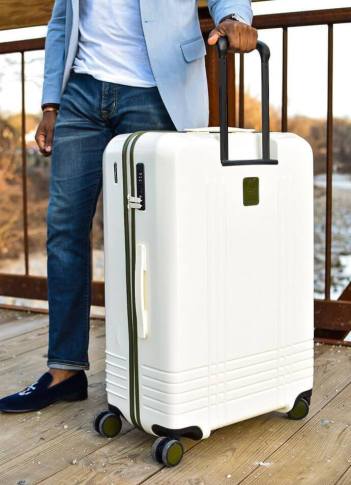 “What !! How did you know about my flight’s delay?” Bruce smiled and said that the world is in my watch. I can see the flight status, I can send emails, I can use this as a mobile phone. Just then there was a call on his phone; someone wanted to know the result of a soccer match in the European Premier League. Bruce told the caller, his friend to hang on, switched buttons in his watch and said Liverpool won against Arsenal 2 -1. Philip was mightily impressed.

Philip thought of buying the watch from Bruce to gift it to his son. So he asked if he would sell the watch to him. Bruce resisted but Philip persisted and at last Bruce told him that the watch is not available in the market and the watch manufacturer had tailor made that one it for him for a fancy price of 5000 US dollars. I wouldn’t mind if you can take it for $7500. I can make an other one for myself said Bruce. Philip thought for a moment and said “Okay, I ‘ll take it.” He made a check for $7500 and took the watch from Bruce and wore it.

He was about to move when Bruce said, Hey, Where are you going without the batteries?! “What? Batteries? !!” Philip exclaimed and saw Bruce pointing to the large suitcase. Bruce explained, “This watch works on powerful batteries and the batteries are inside this suitcase.” Wherever the watch goes the batteries go with it !! Philip was dumbfounded with the realization that the watch was powered by batteries that were external and weighed half as much as him !!

This is an analogy to explain how we get carried away by gadgets and all the external stuff like fancy cars, fancy dresses, sun glasses, watches, handbags, sandals. There are strings attached !! We see people trying to impress and look cool in front of people in public. The same people when they are in a different setting they remain chill !! It’s best not to be carried away or get impressed to the cool gadgets or cool stuff for the person wearing or using; for it is only trying to impress people like us !!

For those who try to impress it is because they have a complex, feeling either inferior or superior, so many worries, so many resentments, so much of un- happiness, so many other grievances that we would not come to know of. The watch is the cool exterior and the batteries that have to be dragged are the pent-up feelings. Those who genuinely buy good stuff are a different lot and we are not talking about them. For example my friend bought a particular brand of BWW since he had a serious spinal cord problem as a result of a car accident and this car specifically supported the back – where he wanted.

The goal of everybody is peace and the fundamental ingredient for peace is happiness. The only thing that will make you happy is being happy with who you are and not who people think you are.

Happiness is however external stuff. Joy is the right word and is a better word than happiness. Joy depends on the state or condition of the person, it’s constant and doesn’t rely on external parameters, it is internal, it comes from God.

So, whenever you see someone with a cool car or a cool watch, joyfully wish him and move on…