It was a brief assignment of around three months when I worked as a site engineer with an electrical contractor during Oct – Dec 1984. I was supervising some electrical installations being done by the electrical contracting company in Chennai, Ambur and Sriharikota. My work included supervising the work, dealing with the client and liasoning between the office and site. I was looking after the Electrical works at two Leather factories in Ambur and electrical work for a huge auditorium at the Space centre in SHAR, Sriharikota (in Andhra Pradesh)

It was on the 15’th of November 1984 when it was intense cyclone with torrential rains as was normally expected off a vigorous North East monsoon I was requested by the owner of the electrical contracting company to deliver a sealed tender at the office in Sriharikota before 3 pm that day. The sealed tender that was posted earlier had not reached SHAR office, it seems. It was about 9.00 am then. The distance between Chennai and Sriharikota is about 100 kilometers. Earlier I used to go by my two wheeler and cover the distance in exactly 2 hours from my house to SHAR – Sriharikota Range. Now it is called as Satish Dawan Space Centre is a rocket launch center.

On that day I could not even imagine going by a car leave alone a two wheeler, since a lot of trees had got uprooted and that obstructed the flow of road traffic. My best option was to go by a train from Chennai Central to Nellore which stops at Sullurpetta. From Sullurpetta to Sriharikota is another about 20 kilometers. I took a bus to Central and 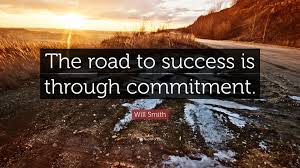 took the train to Sullurpeta. The strong cyclonic storm in the Bay and with winds of about 150 Kilometers per hour had uprooted towers, water tanks and electric poles in Sriharikota where the rocket launching centre of the Indian Space and Research Organization was located and this is where I was supposed to deliver the Sealed tender !! Due to high speed of winds and water logging on the track the train was running slow. By the time it reached Sullurpetta station it was about 12.45 pm. I was convinced about the journey so far. Another 20 Kilometers and I would be in their office. I had a few biscuits for lunch and was waiting for a bus to take me to Sriharikota. I waited but could not see any bus. I was getting delayed I thought. So, when a lorry which was going past me saw me on the middle of the road waving at him to stop, irritably stopped and asked where I wanted to go? I told him that I had to drop the tender in the administrative building block he unwillingly asked me to hop in. There was a smile on my lips. Silently saying a prayer we were inching towards our destination. The wind speed was about 150 Km/hour. After we had gone about 12 Kilometers there was a culvert and that was broken and full of water. The driver said he can’t go further and also advised me to return back with him. But I had to deliver the tender before 3 pm. I said that I would walk / run the remaining distance and deliver the tender leaving the driver amused at my stupidity and stubbornness !!

I got down from the lorry, spread the umbrella and started to walk. The rains and the winds were a deadly combination. The umbrella was no match for the winds. I folded the umbrella and began to walk fast. Seeing that I was behind time, I started running. I ran and ran for about an hour and reached the administrative building by 2.55 pm. I had run a distance of about 8 kilometers - on a cyclonic day !! My athletic skills and years of running and cycling helped me that day to run and reach on time. I was lucky to escape from the lightning, I was lucky not to have tripped and fallen – thanks to the sheer intensity of my commitment, perseverance, and strength of purpose, it got me to where I wanted to be – at SHAR – rocket launching station – tender document -handing over office.

I reached the administrative block took out the sealed tender which was safely inside a plastic cover and triumphantly gave it to the person sitting to receive the tender. What he told me when I gave the sealed tender sent a shiver through my spine which I still remember. He said, “ Don’t you know that we have extended the deadline for submitting this tender by a week?” “Why did you come today? I froze and sat down in front of him shivering with cold, water dripping from my head, completely wet and shaken up. I didn’t say a thing, just deposited the sealed tender with him and sat down. He offered me some snacks and coffee which I gratefully took.

After a while I started to get back. I walked toward the bus stand and was sitting in the shelter when a lorry bound for Sullurpetta picked me and through another route dropped me off at Sullurpetta. From Sullurpetta to Gummudipoondi I took a lorry carrying lime. Got into a train at Gummudipoondi and reached Central and from there I reached home. It was 11.30 pm.

After a week on the scheduled time the tenders were opened and we got the contract. The labour of commitment was sweet and the sweat of commitment made me rise in my own eyes !! It was a spiritual experience to me that day which I cherish even today.

Mahatria says,“ If you are committed to a principle of yours so much so that you wouldn’t mind risking your life for it, the sheer intensity of your commitment would make life adapt to you than you adapting to life.

Commitment is the spine on which all other attitude characteristics rest !!