When the mind is overly greedy in pursuing materialistic indulgences invariably the person suffers. One of the root cause of suffering is "because of excessive desire or greed." Materialists however say that the root cause of all suffering is because of lack of desire toward money/wealth !! Growth just for the sake of growth is the ideology of a cancer cell. The first thing to understand in the cause of suffering is not our wants/desire but our misunderstanding that the joy is in that object whereas we are the Subject !! The jar of excessive desire can never be filled - a story to represent....

There was a barber who served the king for many years. He was a simple man and had a happy family. One day when he was coming along the usual lonely route towards the palace there was a voice from a haunted tree and it asked the barber, "Will you accept 7 jars of gold?" The barber looked around could not see anyone. The barber's desire was aroused. As he paused for a while the voice came again and asked the same question, "Will you accept 7 jars of gold?" The barber replied, "Yes" and the voice said to go back home and see the 7 jars of gold. 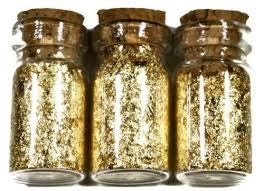 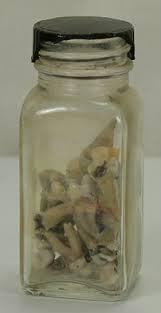 The barber with all excitement and looking forward to becoming rich almost ran home and "Lo and behold" he saw the 7 jars. He opened the first jar to see if they indeed contained gold and the voice which told him proved right. It was full of gold coins. The barber could not contain himself since he knew that he has already become a rich man and thinking so opened the second, third, fourth, fifth, sixth and all the jars were to the brim filled with gold coins. However as all the stories go this story also had a twist. The seventh jar contained only a few gold foils and the balance just empty space !!

The barber who was on "top of the world" went to the abyss completely crest fallen by this predicament !! He blamed his fate for his misfortune thought about the whole thing for a while and made up his mind. His desire wanted the seventh jar also full !! That is the case of an insatiable mind !! So he took all the gold of what he had accumulated including his wife's ornaments to fill up the jar. He also requested the king for increasing his pay and got it. He was now servicing all the ministers also and worked for many hours to fill up the seventh jar; unfortunately the jar would not get filled up.

He even took up to begging to collect the proceeds to fill the mysterious jar which would still go into the insatiable cavity. The barber's health deteriorated ; he looked pale and was not able to concentrate on work. Seeing his barber’s plight the king asked him one day, "Hello !! How are you?” The beggar explained the difficulty he had brought on to himself. The king said,” when your pay was half, you were happy, contended and cheerful and now when your pay is more than double you look so remorse and dejected, What is the matter with you?” “Have you received the seven jars?" The barber was taken aback by this question and replied," Who informed your Majesty about this?" The king replied these are signs of the person to whom the Yakshas 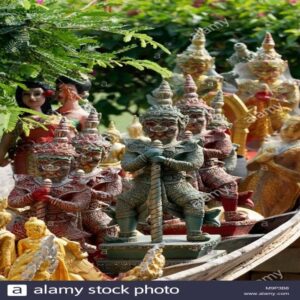 (Anthropomorphic spirits in Indian Mythology) normally consign the seven jars to greedy people to teach them a lesson. He offered me also the seven jars but when i asked the Yaksha whether i should spend the money or hoard the Yaksha ran away without giving any reply. Don't you know that no one can spend all that money? It only brings with it the desire of hoarding. Go at once and return the money. The barber was brought back to his senses by this advice and he went to the haunted tree and told," Take back your gold O’ Yaksha." The Yaksha replied "Alright" and when the barber went back home he found the seven jars had vanished as mysteriously as they were brought in and with it also vanished his life long savings !! 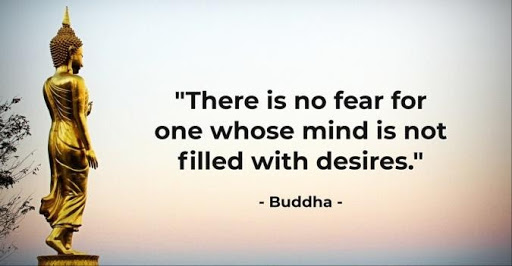