Mr S. Ilanahai, an alumnus of of the 1976 Technology batch of our Annamalai University is a highly energetic, self motivated, goal oriented,socially responsible and a sociable person. He cherishes to relate and maintain relationships with all whom he meets and maintains it. He is the Chairman and Managing Director of Cetex Petrochemicals a leading petrochemical company based in Manali, Chennai.

Born in Pattukkottai, Ilanahai had 5 brothers and 2 sisters and was the last child in the family. His father Mr T.V. Sivagana Govindasamy popularly called as TVS was a role model teacher in Pattukkottai and was adored by
all. For every child the parents are their first role model and Ilanahai and his siblings were quite lucky to have their father as their role model. His father led a disciplined life yet gave a lot of freedom to the children to think on their own since he thought each of them were unique and so helped them decide their own professions and careers. His father instilled in his children a sense of responsibility not only with themselves but being a good responsible citizen too. Love and harmony prevailed in the house and with that the life of everyone blosomed. Ilanahai's family was lucky to have Mr R. Venkataraman (the former President of India) as their neighbour with whom the family had a lot of interactions. They say that you are a product of your environment you live in, the kind of people you interact with and with such great people around, the values that could be learnt, the approach and attitude to life would only be excellent. His elder brother Late Siva Ilango (well known person in Tamil Nadu - President of State Government Officials Association for 3 decades),Mr S.Manavalan, ( Retired DY.DG ORDINANCE factories), Mr S. Kannan (Retired CEO) Mr S. Azhagan (TANSI - Manager) Dr S. Nambi ( a renowned psychiatrist in India are popular personalities in their respective fields and had actively engaged themselves in various Social Service activities after retirement from their services while both his sisters were head of educational
institutions in Chennai and Thanjavur.

The good educational family background made Ilanahai to excel in his Govt High school, Pattukkottai and helped him get merit scholarship for higher studies. After completing his pre-university course at St. Joseph's college Trichy, he preferred to join B.E (Chemical ) in Annamalai University in spite of his getting admission for Engineering course in Madras university. During his final year (5'th) in 1976 he evinced keen interest in taking part in extra-curricular activities. He also participated in various elocution competitions and won several prizes including the one he got in his Chemical Engineering in Annamalai University. During his college days he maintained cordial relationship with seniors, juniors, fellow students and other faculties. This craving attitude in him of maintaining relationships has helped him to network a large number of friends so much so even today he meets a few of his college friends at least once a week. He also maintains contact with our faculties like Mr RM. Bairavan, Dr AN Andiappan, Mr P.L. Sabarathinam, Mr P.V. Vaithianathan. He meets regularly our aulmini in Singapore or Dubai.whenever he frequents.

Having passed out of college Ilanahai joined "Chemicals and Plastics India Ltd (now known as Sanmar chemicals) and served there for more than 3 years, both in the factory at Mettur and the office in Chennai. During his stay in> Mettur he actively participated in Rotaract club activities ().He was secretary of the Chemplast club and Kalasagara cultural centre organiseddramas, music programs, magic shows through his contacts in Chennai. His popularity grew not only in Chemplast and in Malco but other industries also. This came in very handy in networking friends and he maintains this friendship even today. He considers this quality of developing friendship and maintaining it forever the key to his progressing forward in his profession as well as socially. An other instance where this quality of friendship that came in handy was while commissioning the new EDC cracking furnace (KTI) at Chemplast which he considers as his achievement.

After 3 years with Sanmar, Ilanahai joined Indian Oil corporation as a process engineer in Mathura Refinery (being the largest refinery in the 80's) at its project days. He was actively involved in pre-commissioning and commissioning of the Refinery. Based on this experience he was deputed to EIL for commissioning of Sulphur recovery units of HPCL, BPCL Refineries which he feels as his best achievement in his professional life. During his 5 year stay in Mathura, he actively participated in Tamil Sangam Club and officers association activities. From 1985 to 1992 he was on deputation to PCRA (Petroleum Conservation Research Association) Chennai under the agies of Ministry of Petroleum and Natural Gas. During this tenure he visited all industries of South India and conducted Energy use studies and organised various training programs. By then he was a regular speaker in AIR and Doordarshan for 7 years about Petroleum Conservation. He was lauded by IOCL Directors and Joint Secretary, MInistry of Petroleum and Natural Gas for his immense contribution.

After a stint of 14 Years in IOC Ilanahai joined in Pennar group of companies as General Manager - Operations. He was heading Pennar chemicals which was a pioneer in the field of additives supplying specific premium high technology additives based on fuel characteristic requirements and specific performance enhancements. Liquid fuels have some problems with their direct usage and can be solved using some fuel additives in an appropriate manner at appropriate dosage. Ilanahai's background in oil industry and conservation helped his company to sell the concept and thereby the product successfully throughout India. In the year 1997 Pennar refinery was taken over by Nagarjuna group, Ilanahai joined Nagarjuna Refinary and continued with the organization for 2 more years before deciding to become an entrepreneur.

Behind every successful man there is a woman and for Ilanahai his wife gave him so much of confidence, encouragement and emotional support to make him become an entrepreneur. In the year 1999 Ilanahai started a company called Standard Energy with 3 more people. Out of the four, two were engineers, one was a chemist and the other person with finance background. Their company was importing fuel additives from Infinium U.K, and did a turn over of Rs 50 lakhs in the first year and Rs 5 crores in the second year. At that time Ilanahai came to know through Mr Narayanan, VP and Mr Shyam Sundar, MD of Nagarjuna group that Cetex Petrochemicals is coming for sale and in the 2004 April with Rs 1.5 crore as capital generated by the partners, Rs 3.5 crore equity and a loan of Rs 15 crores from Uco Bank,summing up to Rs 20 crores, Cetex petrochemicals was bought from RPG. In the first year itself the turnover of the Cetex was increased from 25 Crores to 50 Crores. Last year (2012 - 2013) they did Rs 142 crores and this year they plan to touch Rs 200 crores. They have plans to expand and achive Rs.1000 Cr. turnover in three years. Cetex has already bought a MIBK Plant from Shell US which is being dismantled and reerrected in Chennai

Cetex petrochemicals is a leading speciality chemicals company that has the distinction of being the only manufacturer of Methyl Ethyl Ketone (MEK) and Secondary Butyl Alcohol (SBA) in South East Asia. Their primary products MEK and SBA find versatile applications in in the manufacture of paints, printing inks, adhesives, coatings, aroma chemicals, speciality intermediates in Pharma industries and lube additives. On a fast track to increase the customer value chain, Cetex has now rapidly expanded into diverse product range comprising speciality chemicals for key sectors such as Pharma, Petroleum, flavours and fragrances. The other products they make are Phenyl Propy Alcohol is used in the fragrance, flavour and pharmaceutical industries. Cinnamaldehyde which is used in flavour, fragrance to various foods, beverages, medical products and perfumes. Citronellol is used as fragrance in soaps and as an insect repellent. They also manufacture ENERPOL 7535 - Diesel addittive, ENERPOL - 3081 Fuel oil combustion catalyst and storage stabilizer and LUBAT - 80 a Diesel Lubricity Enhancer Additive.

The raw material (LPG) is carried through pipe line from CPCL ( Chennai Petroleum Corporation Limited) about 2 km's away from Cetex Petrochemicals. Another raw material used is Sulphuric acid and is got from Sterlite Industries India Ltd and together at a particular proportion and temperature gives Secondary Butyl Alcohol (SBA). Removing a hydrogen molecule from SBA gives Methyl Ethyl Ketone (MEK). Cetex supplies MEK to IOC, CPCL, and other MNC's who use this to manufacture printing inks. The Indian demand for SBA and MEK is 10,000 and 20,000 MT/year respectively and right now Cetex is making in all 10,000 MT/year. Cetex proposes to add another 10,000 MT by January 2014. Their future plans are to add MIBK plant (Methyl Iso Butyl Keton) that would be used in rubber chemicals, the equipments are now being erected and commissioning would take place in Jan 2015. Ilanahai is confident of reaching the magic figure of Rs 1000 crores in the next 3 years time.

When i asked him about the lack of competition for him in the products he manufactures, he replied that the kind of investment for this industry is too big for small companies and too small for big companies and raw material is not easily available. When i asked Ilanahai about the vision and mission of his company he said that "Cetex is to become a competent worldwide supplier of speciality chemicals through their strong commitment to product innovation" and the mission is "to create value for all share holders through sustainable development and to ensure high standards of safety, corporate governance, social responsibility and business ethics." Cetex believes in a Green business model and uses clean energy source for power generation, zero effluent discharge, integration of green chemistry and sustainable engineering and identification of products with minimal and environmental impact.

Ilanahai's wife is a home maker and a very religious person. Ilanahai's have 2 daughters, the elder is a business management graduate married and settled in Dubai,(Earlier worked for HDFC, DCB, Cetex). the younger who did her engineering degree in Bio-tech and PG in Journalism. She worked for Indian Express for two years. Today she is a free lance writer supporting his father in business and a special school in Chennai.Ilanahai donates liberally through CETEX FOUNDATION and always offers a helping hand to those in need. His relationship maintenance has been one of the ingredients for his success and he always believes in a Win - Win situation and anything he feels could be talked across and amicably settled. His child like innocent smile and by far his looks belying his age at 58 are testimony to the way he has led a life of Growth with discipline, ethics, moral, hard work and more importantly relationships. 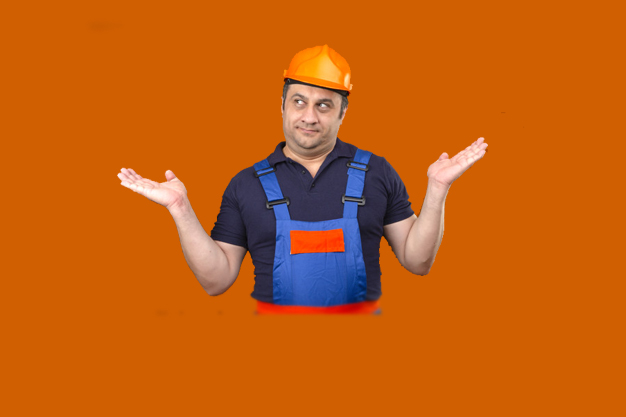 Whatever has to happen shall happen 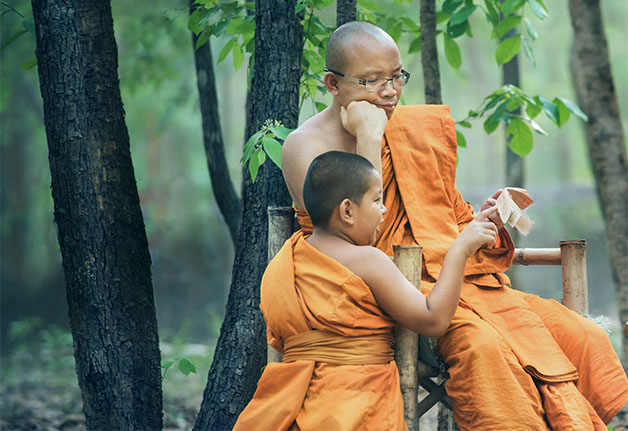