The first question in an interview and quite a boring one too, that is generally asked is, “Tell me about yourself !!” 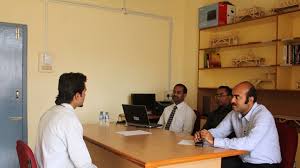 My cousin some thirty five years back started off replying to that question in an interview, the following way – he went on from when his parents got married, when he was born, why he was named like that, his schooling, his college, his friends, the latest movie he saw, his hobbies… when the interviewer felt that he had heard enough of that crap, later corrected his question to “tell me about your strengths, weaknesses, why did you leave your previous job, how do you handle unfavorable situations, how do you handle stress, where do you see yourself one year from now, five years from now… your salary expectations and so on.” Of course that was for a middle management position and my cousin said he got it !! 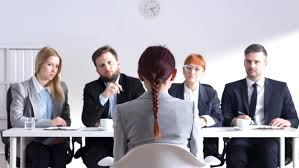 I asked three of my friends who are MD’s in a Rs 5,000 + Crore companies – as to what they would expect the most from their prospective employees? The first preference they gave was – besides their education, experience, skills and knowing the job well, the factor “Trust and Integrity” plays a very important factor in the selection, they said. The attitude – “the way they looked at things,” the overall personality, and ‘processing their answers well’ to questions that were put across to them also go into the selection process during the interview. They also mentioned that Job hoppers are not given preference in higher posts for it affects the stability of their company.

The HR looks for the ability of the candidate to endure an unpleasant situation and move forward and just not quit the company when things are just a little unpleasant. They would want a high commitment level to stick for long periods of time since turn-overs can be very expensive for the company.

The star method of interview is a structured manner of responding to a behavioral – based interview question by discussing the specific situation, task, action and result of the situation you are describing – this is to analyze the candidate’s thought process and behavior pattern. Your behavior shows your personality.

My cousin once while interviewing a candidate for a clerical position asked the candidate to produce his valet !! The candidate was aghast !! He thought the interviewer was going to rob him and only after my cousin told the candidate that he would give the valet back and intact did the candidate take out his valet and gave !! My cousin’s logic was if the candidate keeps his purse in an organized way - keeping the currency notes, coins, credit, debit cards in a neat and organized manner the candidate would have the natural internal wiring to keep the office in a similar manner !! How practical !!

There are no hard and fast rule the method of interviewing. Thomas Alva Edison had his own style – He used to take the shortlisted candidate out for dinner and when the food arrived he would take a bite in it and exclaim, “This dish needs salt.” He adds salt, mixes and takes it. If the candidate also adds salt without tasting he would not be getting the job !!

Edison, even in those days knew the value of a first-hand experience !! Adding salt just because someone told salt is required depicts a person who would act blindly without thinking. There are lots of people who have enormous number of dreams but lack the conviction to fulfill them. They are not original thinkers but second hand thinkers !! They do not have a mind of their own but do what the herd does. Originality and individuality are mostly taboo for them. Edison would not recruit such people !!

So, if you are a candidate - Be unique. Be yourself. Be original. Listen to understand, Communicate to be understood. All the best !!