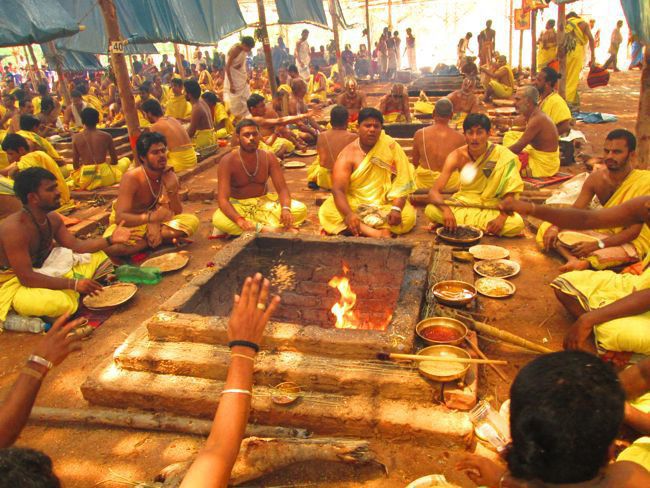 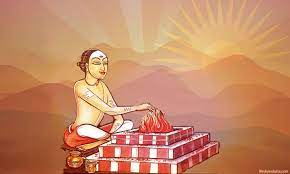 Whether it is Yajna or Yaga, a trough is made of bricks and, in the trough the fire is kindled, and when the flames are licking up, the pandits (Priests) stand around chanting the mantras and pouring offerings into the fire to propitiate the Lord, by whose blessings the whole community will be benefitted and blessed. In short it is a co-operative endeavour.

Of a large number of people each one inspired by a goal or an idea – for the community. Here nobody is demanding any selfish desire fulfilment. Their demand is only: “May the Lord’s blessings come to our community, and let all the community members become happy.” In short these vast rituals of that time were a training for the public, for every individual, how to sink their differences, come and live and act and function harmoniously in a cooperative spirit, for the benefit of the entire community. There is no selfishness or ego in it.